19 Years Later: Why the United States Continues to Stay in Afghanistan 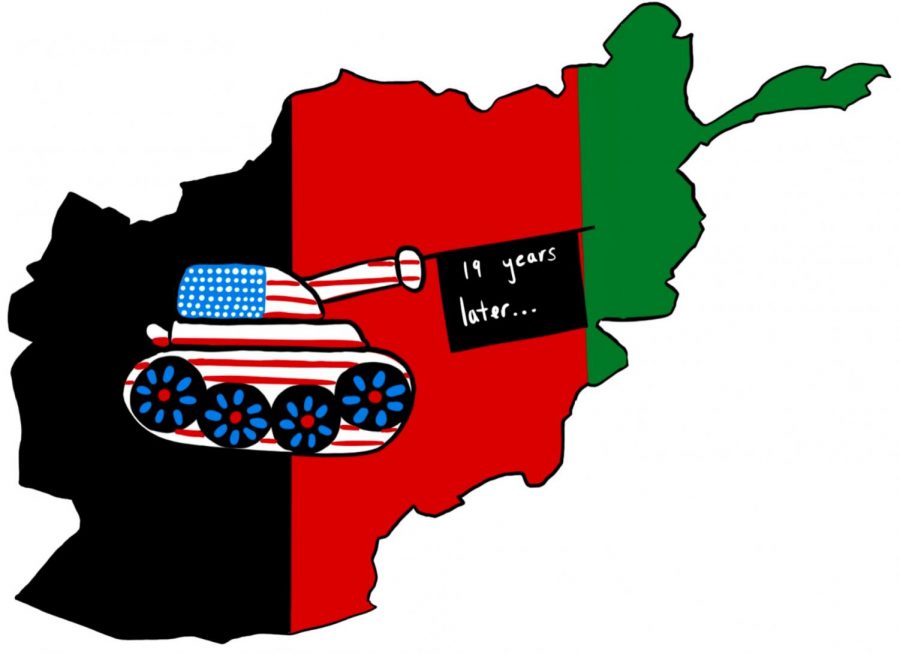 Last November, surrounded by the chaos and hysteria of the election, Trump announced a partial troop withdrawal from Afghanistan. He vowed to draw down and bring an end to a war that started almost two decades ago. Since Bush announced we would be sending troops to Afghanistan in 2001, the US has indirectly killed tens of thousands of civilians (direct numbers are hard to come by due to little documentation), provided veterans immeasurable mental and physical trauma, and caused immense financial stress to our treasury. With little to show for our involvement, it would make sense that withdrawal from Afghanistan would be a politically popular decision, especially among more liberal politicians who have spent the last decade calling for ends to “forever wars.” However, the withdrawal has faced a slew of criticism from both sides of the political aisle, particularly from establishment Democrats and Republicans. With that in mind, it’s worth examining why the US continues to be involved in a 19-year war.

The obvious justification for staying in Afghanistan is the original one – that we need to maintain a presence to combat terrorism. That’s the reason Nancy Pelosi, Democratic Speaker of the House, provided when asked why she was against Trump’s withdrawal. She remarked, “We can ill afford to lose the hard-won gains in the pillars of security, economic development and governance made in Afghanistan.” So: what are those “hard-won gains” and who’s reaping the benefits? Certainly not Afghani civilians, who’ve been forced to watch as their home is torn apart by war. According to the Watson Institute for International and Public Affairs, “Nearly every factor associated with premature death — poverty, malnutrition, poor sanitation, lack of access to health care, environmental degradation — is exacerbated by the current war.” While the Taliban and other parties can be blamed for perpetuating a similar environment, U.S. involvement hasn’t mitigated the Taliban’s grip on the region. Much of the help Afghanistan needs – such as food, medical equipment, or education – could be provided better by the US reaching out diplomatically rather than militarily. For example, one of the “hard-won gains” Pelosi may have been referencing is the advancements in women’s rights. Life expectancies for women have soared while child mortality has declined steadily. However, a report by the Brookings Institute suggested these could be accomplished by economic aid conditioned on supporting women’s rights. There are a litany of international mechanisms reliant on economic and diplomatic aid that could be utilized to achieve the same end goal as military intervention, without the negative consequences of warfare.

Of course, withdrawing troops isn’t as politically popular as nebulous ideas of “fighting terrorism.” According to Brookings, only “twenty-three percent of Republicans and 21% of Democrats favored decreasing troop levels.” With that in mind, it makes sense why established politicians may fear rocking the boat by advocating for withdrawal. They gain support for maintaining influence in the region and may fear being deemed hypocritical if they suddenly were to side with Trump and support a withdrawal. Additionally, some liberal politicians may fear creating a precedent of allowing the Executive to end (as well as start) wars. However, while it’s easy to understand why major political figures such as Pelosi or McConnell support troop presence in Afghanistan, that doesn’t erase the negative consequences of their support. Especially for more liberal figures, who over their campaign seasons espoused that they want to reduce spending and end “forever wars,” supporting military involvement in Afghanistan seems to go against everything they’ve claimed to support.

None of this is to say that the situation is hopeless. Going against the norm of his party, Biden established during his presidential campaign that he supports reduced involvement in Afghanistan. Andrew Watkins, senior analyst for Afghanistan at the International Crisis Group, even remarked that “Biden was the most senior dissenting voice against a surge in Afghanistan back in 2008 and 2009.” While Biden’s dissent may materialize more as maintaining a small, targeted counter-terrorism force in the region rather than a true draw-down, this is still preferable to the current disorganized coalition of troops the US has sprawled around the Middle East. At the very least, it may mean bringing a close to a war that’s been carrying on for longer than I’ve been alive.

US troops in Afghanistan: Allies and Republicans alarmed at withdrawal plan