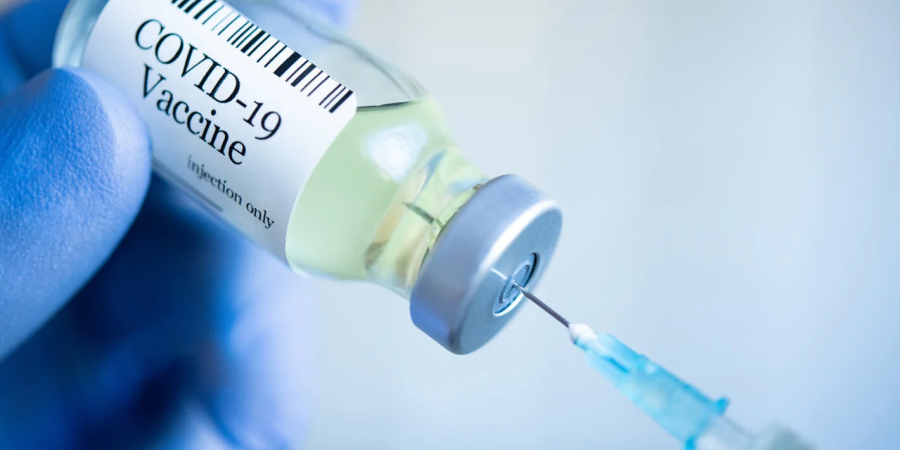 Since the first discussions about vaccine rollout and herd immunity, liberal news organizations have seemed overwhelmingly concerned about a particular issue: vaccine hesitancy among communities of color. While certainly an issue warranting discussion, its domination of the narrative around vaccinations has struck me as somewhat odd, and probably misplaced.

While (most) people seem to readily accept the disparity in vaccinations across racial groups (see chart), their explanations for those gaps vary. Among the majority of articles I’ve read and discussions I’ve partaken in, the focus appears to be on what people call “vaccine hesitancy,” or the inclination of certain people to decline vaccines even when available. Specifically, people point to longstanding mistrust of the medical community among Black populations, often citing the government run Tuskegee syphilis studies in which white doctors intentionally misinformed Black men, collecting data about their syphilis without treating it. This, along with many other instances of medical racism, demonstrates the existence of a system structurally biased against and abusive of Black Americans, leading to a large portion of the population (rightfully) distrustful of the medical system.

According to the narrative of vaccine hesitancy, this distrust has spilled over into rejection of the vaccine, explaining the disparity between white and Black people vaccinated. While this certainly tells part of the story, it misrepresents the scale of hesitancy as both a barrier to vaccinations and an explanatory factor for the aforementioned disparities. In a May 8th article from ABC (linked below), Erin Shumaker pointed out that, “according to the latest U.S. Census Bureau data, which broke down attitudes toward the COVID-19 vaccine by race, white and Black adults were similarly wary about getting vaccinated. An estimated 12% in each group said they would “definitely not” or “probably not” get a vaccine when it was available to them, compared to 10% of Hispanic adults who responded that way.” Although early rollout poll results told a different story, this shift in the trendline indicates that hesitancy among racial groups no longer accounts for the continuing disparate rate in vaccination. In fact, over the course of the past 5 months, decreases in vaccine hesitancy among Black and Hispanic populations have been much higher than those among white communities. Surveying people across the nation, the Census Bureau found that approximately 60% of current vaccine hesitant individuals are white (almost the exact proportion of white people to the broader population of America: 60.3%), while an ABC and Washington Post joint poll found that among Black, Hispanic, and white respondents, white people were the least likely of the three demographics to be intent on receiving a vaccine (at 72%). Even if this shift among Black and Hispanic populations does suggest that in earlier months hesitancy may have explained disparities, it almost certainly fails to do so for current ones (and since unused doses are a relatively new phenomenon, it’s unlikely hesitancy was a contributing factor to early disparities either, as supply was the limiting factor, not demand).

So what is creating these gaps? Disparity in access to vaccines. In other words, the very same structural racism in the medical system that has persisted throughout American history.

First of all, sites themselves, while increasingly so, are still not evenly distributed. Especially when doses and staffing are factored in. While in wealthier, predominantly white communities (e.g. the North Shore) there are clinics in every town with empty slots readily available and an excess of workers and volunteers, the same can’t be said for other areas. As Dr. Jorge Caballero, founder of Coders Against COVID (one of the most comprehensive databases on coronavirus statistics), put it in his interview with ABC, “if you live within five miles of the vaccine site and it doesn’t actually have vaccine doses available, that’s not helpful. That’s what we’re seeing in the data, that there are plenty of vaccination sites on paper, but boots on the ground, there are no doses available.” Disparities don’t stop there, though. Even when vaccine supply is high, transport and internet access, two commodities less readily available in many predominantly Black and Hispanic communities, represent often insurmountable barriers to getting shots in arms. The polling results corroborate this phenomenon, with Black and Hispanic respondents consistently more likely than white ones to cite travel as an obstacle in the way of getting the shot.

Not only do these structural barriers explain a large portion of the disparities in vaccinations, but they also provide a new lens through which to look at hesitancy among minority communities. When a poll from the Kaiser Family Foundation (KFF) included survey questions about levels of hesitancy and rationales for each person’s choice, the results demonstrated that hesitant Black and Hispanic people were comparatively more likely to fall in the “wait and see” category, as opposed to white people skewing further towards never receiving a vaccine. In addition, the KFF’s analysis of their survey results indicates that, “among those who are not convinced to get the vaccine as soon as possible, at least half of Black and Hispanic adults are concerned that… they might have to miss work if they have side effects,” a concern much less common among white respondents.

With such strong evidence that access, as opposed to vaccine hesitancy, accounts for the already large and ever growing disparities in vaccination rates, allowing the latter to dominate the narrative of COVID response can only be counterproductive. Not only does this distract from the greater issue at hand, access disparities, but it also perpetuates racist stereotypes and places the onus for correcting the dangerous trend onto Black communities, allowing structural barriers to persist (and therefore the disparities).

Now, this is not all to say that we should ignore vaccine hesitancy; it’s still extremely important. CDC estimates for the threshold for herd immunity range from about 70 to 90 percent of the population, meaning that (because of age restrictions) it’s likely a majority of currently vaccine hesitant individuals will need to get shots in order to bring an end to the pandemic.

But how we frame our approach is important. Instead of assigning that responsibility solely to Black people and blaming their hesitancy for the lack of vaccines, there should be a tailored effort targeting all skeptical demographics (especially white conservatives, a group often oddly missing from the hesitancy conversation), using surveys like the KFF’s to address the specific concerns and needs of each group. While that is occurring, there should be immediate steps to increase equity in access, the more pressing issue at hand. After all, if shots aren’t available, how hesitant people are to getting them isn’t of particular import.