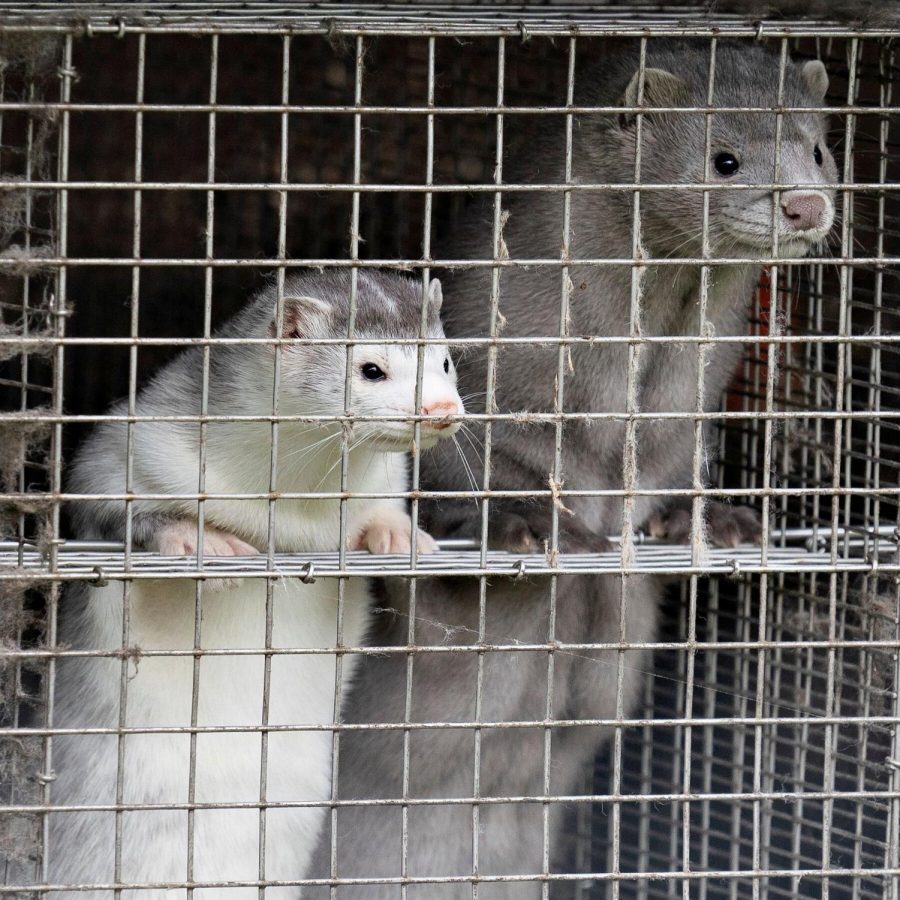 Denmark was home to over 1,000 mink farms, with about 17 million minks between them, making it the world’s top producer of mink pelts. In June of 2020, veterinarians in Denmark, the world’s largest producer of mink fur, discovered that minks were coughing, and refusing to eat. After blood tests, it was clear that they had contracted COVID-19, and it was quickly shown that they could spread it to humans. This risked making a then only theoretical vaccine less effective, as the virus could rapidly jump from mink to mink in crowded farms, and thus mutate rapidly. In September, only shortly after the capacity of COVID to jump from humans to minks and back again was discovered, the virus had already mutated in the mink population and spread to two humans, and by the beginning of November, 207 mink farms had identified COVID cases in minks, and 12 people had been infected by the minks.

Following Spain and the Netherlands, who had killed large portions, but not all of, their significantly smaller mink populations, Denmark decided that drastic actions were necessary. The government ordered a cull of all 17 million minks in farms, which would be carried out by a combination of the mink breeders and Danish military and police forces using carbon monoxide. The animals would then be buried in enormous mass graves spread across the country. By late June, the same month coronavirus was found in minks, the culling had begun. And so, that’s how Denmark killed 17 million minks.

But the story does not end there.

The first issue with the mink-culling came when the Danish government admitted that its initial order wasn’t actually completely legal. Speaking to Parliament on November 10th, the Danish Prime Minister, Mette Frederikson, said of the order “…it should have been completely clear to us that new legislation was required, and it was not. I apologize for that.” Mogens Jensen, the Minister of Food, Agriculture, and Fisheries, encouraged mink breeders to continue on with the culling anyway, saying “…now we have to do everything we can for the best of public health.” The government swiftly passed new legislation meant to retroactively legalize the order, although the backlash from the order would not be so quickly dealt with. Only 8 days after it was realized that the initial order wasn’t legal, Jensen stepped down as Minister amid pressure from both the public as well as his colleagues in government to do so.

As you may expect, the issues that come with killing 17 million minks are not contained within the walls of Parliament—that would be too easy.

In late December of 2020, concerns of mink-caused pollution were raised by residents who lived near two of the mass graves. Both of these graves were near water sources, and the nitrogen and phosphorus gasses produced by the minks’ decay could potentially pollute them. The government soon gained parliamentary support to dig up nearly four million minks in these two graves. In May of 2021, once any risk of COVID transmission from the mink’s had passed, the Ministry of Food, Agriculture and Fisheries (now led by Rasmus Prehn) began to exhume the nearly 29 million pounds (13,000 tons) of mink carcasses and transport them to one of 13 facilities across Denmark to be burned.

On May 13, a public holiday in Denmark, the exhuming began, and by mid-July all the minks that needed to be had been incinerated. Shockingly, this ordeal came and went without serious issue. Even the smell of the trucks carrying the minks, which Prehn had warned residents of nearby towns about, was minimal compared to what was seemingly expected. Reporter Svend Vilhelm Mikkelsen went as far as to call it “peanuts compared to standing in a pigsty.”

Our story, however, does not end in Denmark. In fact, as of November 2021, about a year after the culling of minks began, the story of minks in Denmark seems to be just about over. Breeding of the animal is still banned until January 2022, but the industry seems unlikely to bounce back easily after such a hard hit. 17 million minks is a massive number on it’s own, and an even larger number when one considers just how long it would take to breed 17 million more minks.

Across the Atlantic, however, things went a little differently. While the United States took a far less action-oriented, shall we say, approach to handling COVID in mink farms, choosing to attempt to isolate infected minks and simply have their workers use PPE. Although this certainly avoided the massive loss of mink life Denmark’s methods resulted in, it still ended up exposing hundreds of the people who worked on mink farms in the US to COVID.  In July 2021, Oregon, the country’s 4th largest  producer of mink pelts, mandated vaccines for minks on all of it’s 11 farms by August, an absolutely absurd sentence that sounds far too normal this far into the article. The cost for each vaccinated mink would only be 70 cents, not including labor, although that number adds up across the state’s nearly 440,000 minks.

Even more recently, in November of 2021, in British Columbia, Canada, action was taken to ban mink farming as a whole by April 2025 due to COVID safety risks. This move is being slammed by farmers who are threatening legal action against the province, although it is being praised by animal welfare groups, who see mink farming as unethical.

Rarely does an industry go through as much change in such a short period as the mink industry did in 2020, and even more rarely does that change include the culling of 17 million minks. But rarely doesn’t mean never. The industry is frankly unlikely to make a full comeback after such a drastic change, not to mention the legitimate concerns of animal welfare groups, such as the incredibly small living quarters of the minks, and the inhumane ways they are often killed, that have been raised both before and since the culling.

It’s rare that an industry collapses so suddenly. It almost seems fake at first glance—a story too absurd to be true. That word keeps getting used here, but it’s because it fits so well. The more I researched this, the more absurd it got, from the illegality of the initial order, to burying the mink, to digging the minks back up, to burning the minks, and on and on and on. The reason Denmark culled 17 million minks is because of COVID, yes, but it’s also because the world is absurd. Behind every action is a complex web of causes and after every action is an equally complex web of effects—what is often left out of this analysis, is that all of these causes and effects are absolutely, completely, and without a doubt, absurd.

If you would like to read more about the mink pelt industry, I highly recommend the Human Society International’s article on the fur trade.