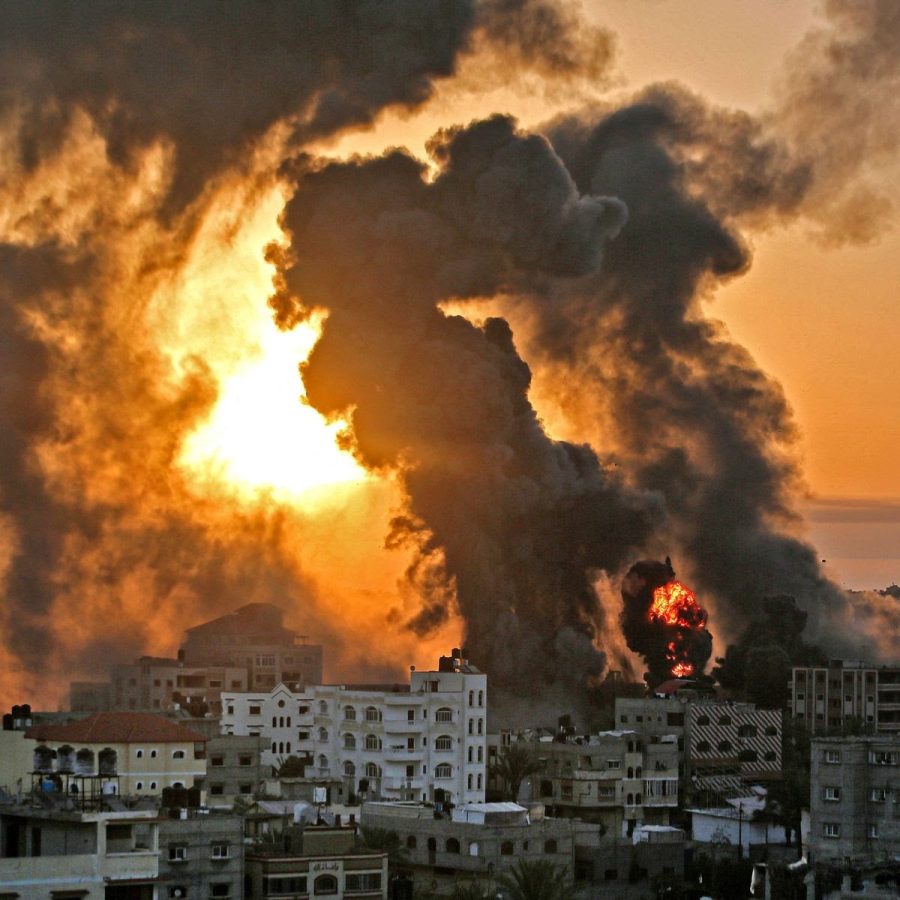 On September 9th, 2021, hundreds of protestors gathered in cities of the West Bank to show solidarity for six Palestinian men who had escaped an Israeli prison. Israeli forces responded to the gathering by firing tear gas, rubber bullets, and live ammunition into the crowds, injuring over 100 demonstrators. About two weeks later, the US House of Representatives passed a bill 420-9 allocating 1 billion dollars to the Israeli government for them to spend on their Iron Dome program, which was later expediently passed by the Senate and signed into law. That funding is in addition to the billions the US provides Israel annually in order to help them modernize their military. Although a handful of politicians voiced individual opposition to the actions taken by the Israeli government, the US government didn’t acknowledge any of its actions. Thus, we are left to question why the relationship between the US and Israel is one of near-unconditional support, and whether there is a better way to conduct relations.

Prior to the 1960s, the US actually sided against Israel in a number of international conflicts. When Israel invaded Egypt in 1956, the US voiced criticism, asking that Israel leave. In 1949, when the Israeli Defense Force found uranium deposits in the Negev desert, Israel began recruiting nuclear scientists to begin work on nuclearization, a move the US heavily admonished. The US’s attitude towards Israel only began to shift as the threat of the Cold War loomed more and more. Suddenly, the US sought any way to contain Soviet influence in the Middle East, fearful that the region would fall under communist control, giving the USSR access to a host of valuable resources, most importantly oil. Perceiving they were backed into a corner, the US began to throw their support behind Israel, fearful of the future a Soviet-controlled Middle East may bring.

The Soviet Union is obviously not around anymore, but the alliances the US made to combat its influence still exist to this day. The biggest difference is in the stated mission of our alliances. The purpose of the US/Israel alliance has shifted from combating communism, to fighting terrorism in the Middle East, to today’s goal of deterring Iran. All the while, the US continues to funnel money and support into the Israeli government – much to the detriment of Israeli-occupied Palestine. The US is the world’s largest arms manufacturer and supplies 83% of all Israeli arms imports. However, these weapons are not purely for defensive use. Many of the weapons being used in Gaza can be traced back to either the US government itself or contracts with American companies. For example, in the Spring of 2018, Amnesty International recorded footage of Israeli snipers shooting at unarmed Palestinian protestors using weapons produced by Remington, the second-largest gun corporation in the US.

It’s important to acknowledge the most common and understandable response to criticism of US aid to Israel is that the United States has a moral obligation to help Israel defend itself. Moreover, many feel a moral obligation to assist Israel because of its foundation as a Jewish state post-World War Two, and view assisting Israel as an important part of combatting antisemitism globally. According to the United Nations, between 2008 and 2020, 251 Israelis were killed by groups associated with Palestine. However, during that same period, 5,590 Palestinians were killed by Israeli forces. While it is undeniable that many Israelis have been killed by Palestinian-aligned forces, it would be dishonest to say that the number of deaths is even on both sides. Additionally, Palestine is much more diverse than many may assume. Between 12 and 14 percent of the West Bank identifies as Jewish; to put that into context, 2.4 percent of the United States is Jewish. Thus, combating antisemitism would require supporting Palestinian Jews, not turning a blind eye to their oppression.

Although this means that the US is complicit in the violence occurring in Palestine, it also means the US can play a role in stopping it. Since the US has been such a strong supporter and ally of Israel for the last half-decade, it carries a great deal of influence with the Israeli government – influence that can be leveraged to open up and sustain peace talks, and hopefully lessen conflict, if not bringing it entirely to an end. If the US were to threaten to lessen arms imports to Israel, or condition funding on communication between Israel and Palestine, there would likely be tangible progress made on both sides. After all, limiting violence and promoting communication should be the goal of all alliances; not a nebulous commitment to “combatting terrorism” sixty years in the making.