The Art of the Bushism 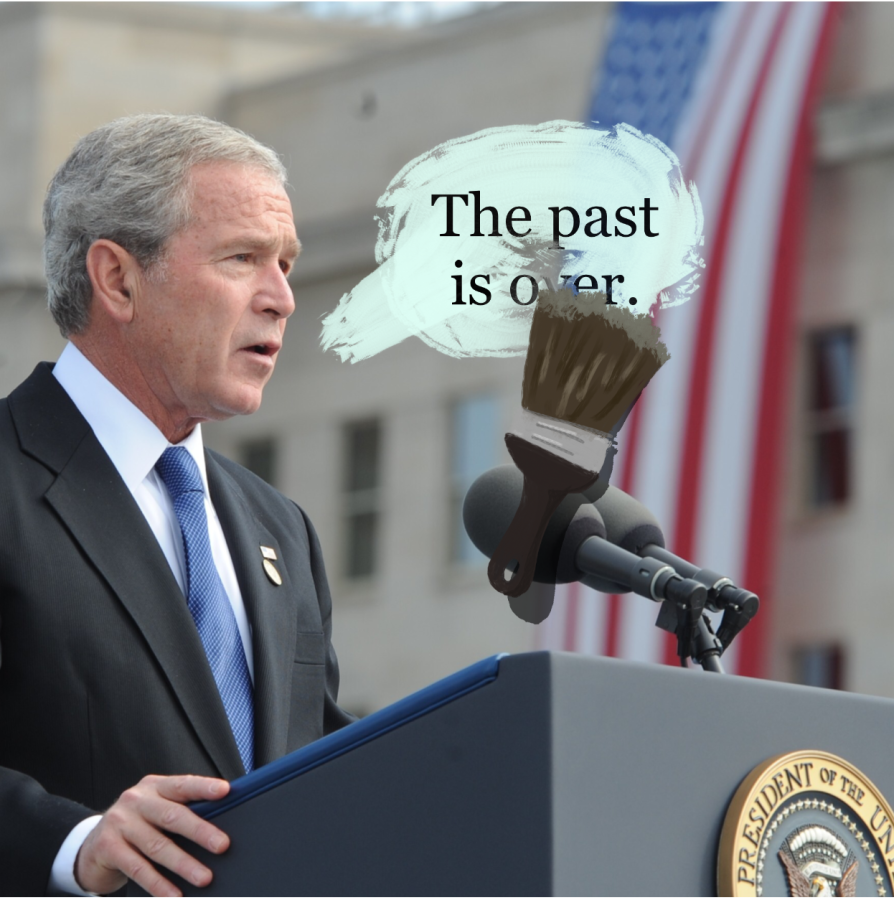 George W. Bush was a president through difficult times. He led the nation through September 11th, 2001, and commanded war efforts in Iraq and Afghanistan. He was president through Hurricane Katrina, and the beginning of the 2008 financial crisis—he is, without a doubt, remembered for these things.

He is also remembered for the Bushism.

A ‘Bushism’ is an instance of George W. Bush (or Dubya as he was nicknamed by much of the public) mispronouncing a word or generally misspeaking in such a way that his sentence becomes awkward or nonsensical. It’s important to note that a handful of these Bushisms could potentially be attributed to Bush’s rumored dyslexia; while one of his siblings was diagnosed with the language disorder, he was never tested. It’s also notable that Bush’s presidency began in the infancy of the 24 hour news cycle, meaning neither he nor the Bushism-infatuated media were likely accustomed to the constant scrutiny he was under. While hardly the first person ever to blunder a public comment, Bush’s mistakes were either more frequent, more televised, or a combination of the two. Regardless, the Bushism was born.

Although I was not yet born for most of Bush’s first term and not the type of toddler to closely follow the political happenings of the nation during his second, I have since come to have an appreciation for the largely benign absurdity of the Bushism. It brings me no small amount of pleasure to present a handful of my absolute favorite Bushisms:

“I know the human being and fish can coexist peacefully.”

“The ambassador and the general were briefing me on the—the vast majority of Iraqis want to live in a peaceful, free world. And we will find these people and we will bring them to justice.”

“I remember meeting a mother of a child who was abducted by the North Koreans right here in the Oval Office.”

– March 29, 2001 (Notably he meant to say he coined the term ‘misunderestimate,’ making this a sort of double Bushism)

“One of the common denominators I have found is that expectations rise above that which is expected.”

“I’m going to put people in my place, so when the history of this administration is written at least there’s an authoritarian voice saying exactly what happened.”

“Should the Iranian regime—do they have the sovereign right to have civilian nuclear power? So, like, if I were you, that’s what I’d ask me. And the answer is, yes, they do.”

“There’s an old saying in Tennessee—I know it’s in Texas, probably in Tennessee—that says, fool me once, shame on—shame on you. Fool me—you can’t get fooled again.”

– Speaking in Nashville, Tennessee; September 17, 2002. The correct proverb is “fool me once, shame on you; fool me twice, shame on me.”

“Our country puts $1 billion a year up to help feed the hungry. And we’re by far the most generous nation in the world when it comes to that, and I’m proud to report that. This isn’t a contest of who’s the most generous. I’m just telling you as an aside. We’re generous. We shouldn’t be bragging about it. But we are. We’re very generous.”

“And so the fact that they purchased the machine meant somebody had to make the machine. And when somebody makes a machine, it means there’s jobs at the machine-making place.”

“Our enemies are innovative and resourceful, and so are we. They never stop thinking about new ways to harm our country and our people, and neither do we.”

“Rarely is the question asked: Is our children learning?”

“You work three jobs? …Uniquely American, isn’t it? I mean, that is fantastic that you’re doing that.”