Is All Hope Lost for Democrats This November? 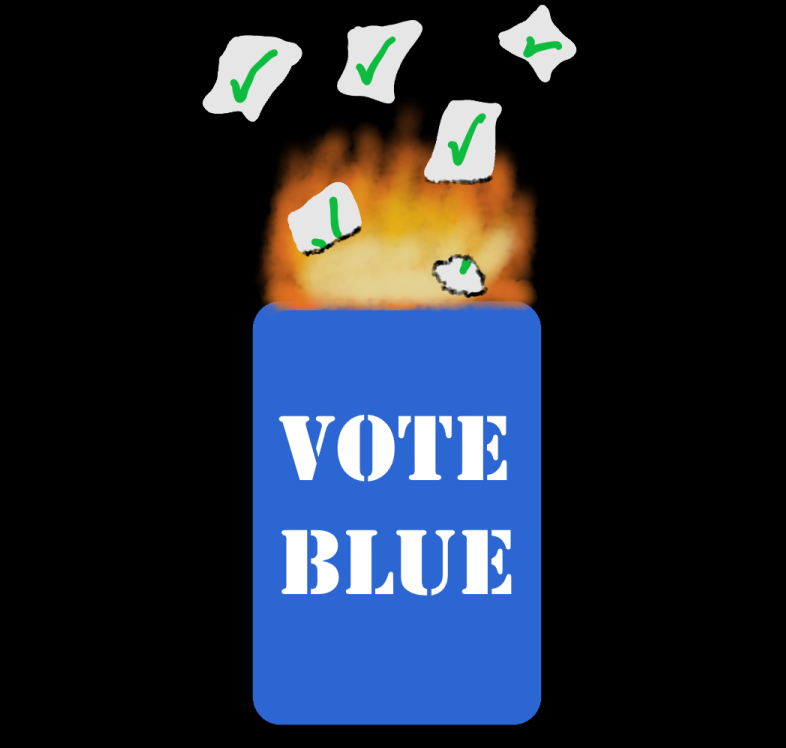 Midterm elections will be held this coming November. Although that may feel far away, the main battles between Democrats and Republicans have already begun to form, and many on both sides of the aisle are making predictions about whether the Democrats will be able to maintain their slim majorities in the House and Senate. The common theme seems to be one of doom and gloom for Democrats – and triumph for the GOP. Historical trends appear to indicate that the president’s party always loses seats when midterms roll around, something especially worrisome for Democrats since they have the smallest majority possible in the Senate, 50/50. Additionally, gas prices and inflation both seem to be topics on most people’s minds, and Biden’s approval rating has fallen for it. However, it’s not necessarily set in stone that the Democrats will suffer a resounding defeat this November, even if it may appear that way.

First, we should address the commonly held idea that strong empirical evidence points to heavy losses for Democrats this November. You may have heard on the news or been told by a family member something along the lines of, “Since the 40s, the president’s party has lost an average of around 26 House seats and four Senate seats in the midterms.” Admittedly, that statistic is technically true, in the same way where if you put me in a room with Taylor Swift, we would both have an average of 5.5 Grammys. Examples like the 1974 midterm elections, which occurred after Watergate and resulted in Democrats gaining 49 new House seats and 4 new Senate seats, or the 2010 midterm elections, where discontent with Obamacare led to Republicans gaining 7 new Senate seats and 63 new House seats, massively skew data so that it appears every election is a massive defeat for the sitting president. There have actually been two elections where the president’s party gained seats (1998 and 2002), and many where there wasn’t any substantial change at all. During the 1962, ‘70, ‘78, and ‘90 elections, there wasn’t a change in either party’s majorities large enough to flip control of the House or Senate. Thus, while there’s certainly empirical evidence that indicates Biden’s party may be more likely than not to lose seats in both the House and the Senate, that evidence should in no way be taken as a guarantee. In every instance, circumstances surrounding the election mattered much more than historical precedent.

So, what are the current circumstances of Biden’s presidency? He has an approval rating of 42.2% and a disapproval rating of 53.3% according to 538, who uses an algorithm that combines polls from a variety of sources. If we look at the same 538 algorithm for Trump, we can see that Trump’s approval ratings on April 26, 2018 (his midterms year) hovered around 40.6%, with a higher disapproval rating of 53.7%. Trump’s party ended up losing control of the House in 2018, although they maintained control of the Senate. So, Biden is doing a tiny bit better than Trump was this time in 2018, but not by much. It’s thought that a lot of disapproval with Biden’s presidency has stemmed from rising gas prices and inflation, both of which will take a lot of work from the Biden Administration and Democrats to temper. The one thing they have in their favor next November is that their “map” looks favorable. Democrats don’t currently have senators in any states that Trump won in the 2020 election, while Republicans have senators in two states Biden won (albeit by small majorities). This data shouldn’t be interpreted to mean that Democrats should be worry-free heading into November. Just because Biden won a state like Georgia or Arizona in 2020 doesn’t mean that he won it by a wide margin, that voters will show up in equally strong support, or even that voters in that state like Biden anymore.

Biden came into office with large promises of action – and very few of these promises have been fulfilled. Losing the House and possibly even the Senate would bring even the smallest of Biden’s plans to a halt, making any potential pieces of Democratic legislation, cabinet nominees, or even potential Supreme Court nominees (if a seat opens up) impossible to get through. Reviving Biden’s Build Back Better agenda, which aimed to put money towards clean energy, could provide Democrats with needed momentum this November. That may be overly optimistic; the odds of Democrats passing legislation is already pretty slim due to how divided the Senate is, and the odds of it changing Biden’s popularity enough to impact midterms seems even slimmer. Democrats certainly shouldn’t abandon hope – however, it may be time to begin thinking about how Biden can effectively use the executive branch in a world where Democrats don’t have control of the House or Senate. ⚉