An Interview with Liv Harmening 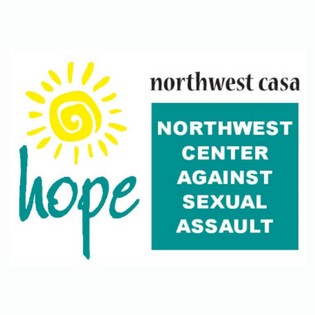 On May 13th, I interviewed Liv Harmening, an educator working for the Northwest Center Against Sexual Assault in Arlington Heights (NW CASA). As the Supreme Court is expected to overturn Roe v Wade and Amber Heard is forced to face her abuser in court, Harmening offered her thoughts on the politics of supporting survivors of violence.

The following conversation has been edited for flow.

Could you briefly describe your job?

I work for the Northwest Center Against Sexual Assault. We are our community’s sexual violence crisis center. At Northwest CASA, I am a prevention educator, which means that I talk with community members, schools, students, parents, guardians, and teachers about preventing sexual violence. Typically, I do that through the lens of sexual health, and building positive relationship skills. The other services that Northwest CASA offers are free counseling and therapy for people who have experienced sexual violence or the folks that are closest to them. And we have medical and legal advocacy. Medical advocacy is when our staff or volunteers support survivors of sexual violence if they visit the hospital for a wellness check or evidence collection, or both. And legal advocacy is when we assist people either through civil or criminal proceedings after they’ve experienced sexual violence.

What is the biggest misconception you’ve run into in your career?

I think one of the misconceptions that I run into is that somehow talking about sex education topics will make sexual violence more prevalent, or even sexual behaviors more prevalent. Research shows that sex education is actually a factor that helps to protect people against harmful behaviors. If a child is familiar with, you know, they are the boss of their body, and they know that that is not something that’s a game, or that’s not appropriate for someone other than specific people to help us with. That’s actually something that keeps people safe, that they know and can recognize when something is not safe.

In terms of sex education with teenagers, sex education actually leads to people delaying their first experience of partnered sex, it ends up leading to lower teen pregnancy rates, which of course, we also want to look at the data. Who is getting those teenagers pregnant? 40% of the time, it’s not somebody that goes to their high school with them. So addressing those power pieces. How do we build up some skills so that they’re recognizing healthy relationship stuff and aren’t being manipulated or taken advantage of by people that are dating them who are much older than them and then get them pregnant?

But I think a misconception is that if you talk about sex ed kids are going to have more sex. And it’s literally the opposite, that they are starting to have sex later when they have wonderful sex education. And when they’re having sex, it is safer and less likely to have unintended consequences.

What areas of public discourse regarding sexual health and sexual violence do you feel need to be adjusted?

I think a blind spot is when adults think that they should be picking out curriculum for students. I think that nothing should be done for youth without youth. I think that sometimes people miss the opportunity to say, okay, what do the kids in front of me want and need?  Now I feel like I’m middle-aged. There are a lot of ways to skin a cat. So why not do it the exact way that those students are seeking that’s more meaningful. When there’s ownership that’s shared.

I think another thing that has been stinky is that there are lots of adults who it’s not that they think that LGBTQ inclusive education is wrong, it’s that they’re afraid to mess it up. So I think that there needs to be a more concerted effort from leaders in schools to say, “Hey, I’m the principal. Hey, I’m the department chair, I am going to give you an entire afternoon to do this professional development and learn about LGBTQ people.” Instead of just making it on the teacher who already has so much going on, they need to say, “Hey, it’s okay if your grading is a little bit late this week because it’s more important for you to feel like you’re going to do a good job with this because this topic is new to you.”

[Teachers] should not be saying male anatomy. Yeah, it’s testes and the internal structure. Its ovaries and the uterus and the internal structure. It’s not that you’re learning new words, it’s that you’re choosing to make those your forefront. If I’m ever in front of a group of students, my default is partner, dating partner, spouse, giving those opportunities for discussions to be like, any people of any gender can be a jerk, any person of any gender could be hurt by their partner and we need to explicitly say and name the ways in which different people from different backgrounds might experience that manipulation and pressure. And the ways in which you might be able to seek help. That is so different in the feelings of safety. That is so different in the feelings of “wow, this is the only other queer person in my grade that I think is cute. So if we break up, that’s it. I’m not dating in high school.” When we just start with queerness as a default, it makes for way more fruitful and way more helpful conversations.

In what areas do you see modern pop culture making progress to address issues of rape culture/healthy relationship standards? Where do you see it as a regressive force?

I love consuming trash TV. I love stupid little shows like The Bachelor. I love that all of this is predicated upon like, “Oh, man, we have one bisexual last summer. And that messed everything up. Okay, from here on out, only the straights are invited.” All these dating shows would literally crumble if they had anyone who is more expansive in their sexuality.

The thing that I’ve noticed that there has been progress in places like The Bachelor is I’ve seen at least two examples of people asking for consent before kissing somebody in the past couple seasons. I still think that one of the huge pieces that I see in pop culture is still the lack of consent and thinking that you should be able to read your partner’s body language that the music is swelling, and you just know that they want to be kissed now and it’s so passionate, like, all that’s garbage. That’s not real life. If you truly value your partner, and their pleasure and their comfort, we’re always going to ask for consent. So it’s still not there yet, but I’m seeing more examples of it crop up.

Do you think we have made progress since the MeToo Era?

Yeah, no. MeToo was this big swing and people think, “Oh, now we’re going to be good again.” What we saw was backlash. What we saw in response to that is that no, if you’re a sexual predator, you should get to do whatever you want. You should get to be president, you should get to sit on the Supreme Court. You should be able to do all these things because all these people are lying. So no, I do not think that we’ve progressed. I think that although there’s more awareness, and there’s more people that reach out for help, which is wonderful, it’s probably harder for most people to come forward. Now people are coming forward and nothing’s happening. There’s still just as much sexual violence happening now as there was five years ago.

I rarely feel energized by hearing survivors talk about their stories publicly. In the same way, I get frustrated about folks who say, “I’m going to talk about my abortion in hopes that people will see me as a human.” People keep putting out all of this trauma and depending on the scenario, nothing happens. So like those gymnasts went to the Senate to talk about sexual violence. Did the Senate do anything about it? So I’m not saying that people should not come forward. I’m saying the compulsion to come forward is terrible pressure. If you want to speak publicly about it, you have my ferocious support. But if you don’t feel compelled to do that, then you’re made to feel bad. No, the way you want to heal, the way you want to discuss or not discuss it is correct because you got to choose it for yourself.

Where have you seen areas of progress throughout your career?

I think high schoolers rule. I love that folks in your generation are so curious. I love that folks in your generation are so competent. And it also sometimes makes me sad, but that’s like a necessity. Like you literally know that you’re not going to have a planet to live on by the time you die. So your resistance, your activism, your persistence, is not like this, cool, fun choice. It’s a necessity. So I think that high school students should be trusted with being able to make their choices and not be made to feel like “Oh, well if we tell them the truth, then they’re going to go and make risky decisions.” With more information, you’re going to make the best decisions possible for you and your body.

If you are frustrated with the state of the world and wish to take direct action, I would encourage you to donate to the Lilith Fund and Sister Song – two abortion funds that provide crucial support to those seeking reproductive health. Additionally, all of Northwest CASA’s services are free. If you are seeking ways to support survivors, a donation is always helpful.